The history of the tin can began more than 200 years ago. In 1804 the Frenchman Nicolas-Francois Appert, a bakery chef and confectioner from Paris, recognised the benefits of tin cans for foods in combination with sterilisation by heat. He also cooked perishable food in the can and thereby made it non-perishable.

Today, the food and beverage industry is hardly imaginable without the can. Around 15 billion cans are produced in Europe alone, which is just a fraction of worldwide production. The can is also making a major comeback in Germany 12 years after introduction of the deposit. Around 1.9 billion beverage cans are sold in Germany alone, demonstrating a growing trend.

Basically the production process is differentiated between a 2-piece can - such as a beverage can - and a 3-piece can - i.e. for canned foods. Inductive proximity switches, canlinesensors, and can counting sensors from Proxitron are used for both can types.

Cans are manufactured from tin plate or aluminium.  An ironing agent (lubricant) is applied to the aluminium or tin plate before the beginning of the production process. Sections are punched or cut out of the plates of raw material and formed into so-called cups. These cups are pushed over increasingly narrower stripper rings in a stripper machine until the cup has formed into a long, thin-walled can. At the end of this process, the bottom of the can is formed with the punch. This process gives the can a uniform bottom and stability. The cans are advanced from the ironing machine via conveyor to the washer in order to remove the ironing agent. Then the cans are advanced via conveyor to the dryer. After the drying, the can is already in the final phase of the production process. The can interior is painted to prevent changes in flavour and then printed on the outside. Now the can is prepared for the application of the can lid. The edge of the can is tapered slightly and then crimped.

After this final production step, the cans are ready for filling. The lid is then applied to the can after the filling.

Special Proxitron sensors have been integrated in this production process for decades worldwide.

Inductive proximity switches of the type IKK 060 T recognise and monitor the flow of the cups to the body maker.

Inductive sensor strips of the type IKU 015 T or IKU 011 are installed along the conveying sections and assure optimal advancement from the cup extrusion press to the body maker, to the washer, dryer, painting unit, printing, filling systems, and the downstream logistical processes and to the packaging. 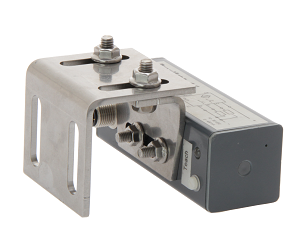 Practical accessories, particulary for can lines: